There are quite a number of activities on our Lake which take place only because individuals step up to make them happen. These include membership on the BLA Board or on its committees, such as the hard-working Friends of the Lake. The Monday golf league, hosting get-togethers, the highly successful Boatilla event which raises funds for Camp Merrywood, barbecues, Winterfest, and murder mystery dinners, are all organized and run by volunteers from our Buck Lake community.

Of course, there are always a number of one-off events that demonstrate the willingness of Buck Lakers to reach out and communicate with each other and make living on the lake so rewarding and socially fulfilling. There is little doubt that volunteerism is alive and well at Buck Lake.
Your BLA board has decided to create a volunteer award to recognize individuals who have demonstrated those noble characteristics of selflessness and contribution to our community. This award will be dedicated to the late Jim Manuel who served as a director on the BLA Board when it took its first steps to create a Lake Plan.

Unfortunately, Jim passed away much too soon, but his life of constant service to others was characterized by passion and caring and a generosity of spirit , action and participation. After he and his wife, Margaret Fisher, moved to Buck Lake in 2004, we benefited through his membership on the Buck Lake Association when he became the chair of the Planning Committee and the coordinator of the Dock Talk program. I urge you to go to the Buck Lake Association website (under The Jim Manuel Volunteer Award) where you can see Jim’s story and a look at his volunteer activities throughout his life–a remarkable man.

The Jim Manuel Volunteer Award will be presented at the Buck Lake Association’s annual general meeting, typically held in July. Our board will be inviting you to submit the names of folk to be considered for this award. To choose one person will not be an easy task, and like me, you can probably think of a few deserving people.

Jim Manuel’s ready smile and respectful manner attracted people to him. His evident interest in others made him a good listener who affirmed and encouraged many. He loved a good story and often in the telling laughed so hard he could barely finish the story.

Born in Bancroft and raised in Stratford, Jim was the eldest of four energetic boys. Rowdy activities and pranks made for a tumultuous household rife with harrowing near misses. The town of Stratford, well known for its fertile drama and music cultures, was the perfect community for Jim to develop speaking and musical competencies. Jim and his next brother Allan were in childrens’ choirs as they grew up. Another brother Richard became famous as a member of first The Hawks and later The Band. During high school and university summers Jim worked as an usher at the festival theatre. Each September when reconnecting with friends at McMaster University, Jim recited from memory pages of the Shakespearean plays of the season and turned simple conversations into dramatic poetry worthy of a student of the bard. Throughout his life one of his entertaining features was his ability to tell moving and funny stories.

Jim studied Arts (1961) and then Theology (1964) at McMaster University and spent most of his career ministering in various churches in southern Ontario. He was well loved as a pastor and well respected as a preacher and speaker. Wherever he lived, he quickly became involved in the community, often initiating some project when he noticed a local need. He was repeatedly drawn to projects relating to seniors, convicts, and homeless and marginalized people.
He married his childhood sweetheart Sandy who was a faithful companion in his career as well as in his community volunteerism. They were founding members of groups in Scarborough and Fonthill for building seniors’ homes, were on boards of summer camps for children and families, were active in Telecare both locally and nationally, and co-led groups for bereaved parents
Jim and Sandy had two sons, of whom one died tragically during his teen years. Their home was often an open house for their children’s friends. Jim enjoyed cooking and baking. They were known for hosting many parties for their own adult friends.

After Sandy’s death Jim and Margaret Fisher’s 40-year friendship begun in university days blossomed into a love affair and they married in 2001. When Jim retired, they moved to Buck Lake in 2004. Jim loved the natural world and was a fine companion on hikes, identifying trees and plants. They shared a sense of being stewards of the land and opened their doors to many friends as well as groups for retreats.

Music was always part of Jim’s life as he sang in church and community choirs, duets, and quartettes, and gave solo performances. He liked to tease his famous younger brother Richard that he made music with Garth Hudson before Richard did when as a teenage Jim sang at a wedding where teenage Garth was the organist. Jim’s deep rich voice made beautiful music in several genres, earning him the title “mello cello.” Friends visiting were sometimes suddenly entertained at the dinner table by Jim bursting into song. At The Cove in Westport he was wooed by pianist Ben San Pedro, who used to play weekly there, to sing solos while Ben played piano. A favourite was “Old Man River.”

In this new community Jim joined two choirs and continued to learn to play the cello. He became a director of the Buck Lake Association as chair of the Lake Planning committee where he wrote a proposal and obtained grant money for the association to hire persons for the Dock Talk program which he supervised. He obtained a diploma in Restorative Justice from Queen’s University and began volunteering as a chaplain at Millhaven Institution and as director of the Circles of Support and Accountability program working with recently released sex offenders. He and Margaret were also active in the Community Coalition Against Mining Uranium at the Robertsville protest site.

When he was unexpectedly diagnosed with cancer, he faced this last challenge with great dignity and patience, drawing quietly on his deep faith. He died in February 2008. 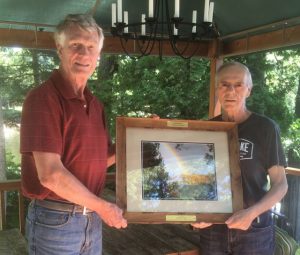 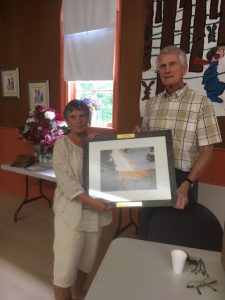 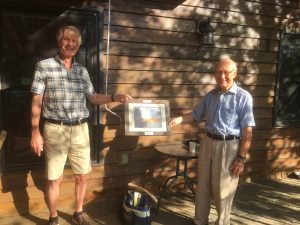