Here are just a few facts you may be interested to know about Buck Lake.

Buck Lake is essentially composed of two distinct water bodies, the North and South Branches, which are separated by a stream running under Perth Road through a culvert. The two branches are different shapes and sizes with different watershed sizes and bedrock geology. 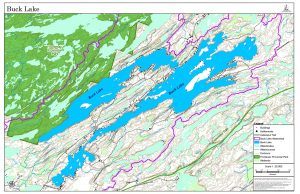 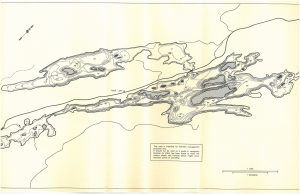 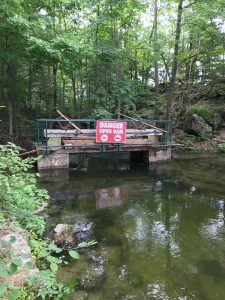 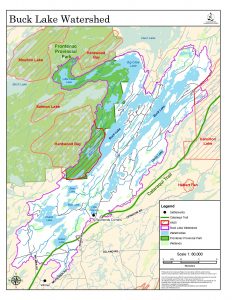